ThereYouAreJesus™ and TYAJesus™ are two individual websites that are linked to each other. One is a blog and the other is a store. The blog is ThereYouAreJesus and the store is TYAJesus. ThereYouAreJesus was born in September of 2013 and began publishing in November of 2014. TYAJesus opened on the blog's 7th birthday, September 29, 2020. The blog publishes modern-day evidence of Jesus Christ interacting with fellow humans in our lifetime and the store provides products that commemorate the evidence published on the blog. Our store has a lot of catching up to do, because evidence compiling on the blog is vast and varied, including eyewitness testimonies of conscious-life after human-death with vision, memory, emotion and hearing.

...you can email me, john@thereyouarejesus.com

2013, September 29 – Personally witnessed a visual miracle of Jesus appearing with the Seven Spirits of God in high-definition color during a prayer that was pouring out of my heart in desperation. His surprise appearance inside of that prayer formed a covenant between Jesus and me, which is now in full display on ThereYouAreJesus.com

2013, through 2019 – Years of searching for answers to the two main questions (1) Why me?, and (2) What did I see? The first 6 years discovered a continuous flow of coincidences that occurred with pinpoint precision in timing and relevance to situations in life. Coincidences such as (1) prayers that get actual responses, and (2) God's love appearing by surprise, such as in heart-shaped water drops found in photos I had taken of nature after a rain. As a result, categories of modern day evidence evolved, including: Nature; Numbers; and Everyday Things. A fourth category titled Eyewitness Afterlife is direct evidence, not coincidental, as it details life after death "before and including resuscitation."

2019, April through May – Major answers to my two main questions started materializing when I regained conscious-access to unconscious repressed traumatic memories from childhood (1960's) that had been "hidden" from my own consciousness, which I’ve learned is one of the human body’s autonomic defense mechanisms to protect us from unbearable memories. Reasons those memories were unbearable include (1) my death by suffocation, (2) followed by resuscitation back to life. The time it takes to be resuscitated was enough for me to see some of heaven, including God's Throne, the Seven Spirits of God and Jesus Christ. As a result of these memories returning to my consciousness, I now have vivid details of (1) how I was killed, and (2) what happened in heaven when I was resuscitated back to life on earth.

2020, February – Seven months before the Seventh anniversary of the vision that created this website (September) I found the Seven Spirits of God (Revelation, Bible) which describe what I witnessed during a temporary death in the 1960's and again during the visual miracle that spawned this website in 2013. First wave of details are in the post Corroborating Seven Spirits of God.

2020, March 25 – One month after learning about God's 7 Spirits, I find an online illustration of those 7 Spirits and realize, the visual miracle of 2013 that created this website, was the 7 Spirits of God. Details are in 7 Months, 7 Years, 7 Spirits and the Seal of God.

2020, September 29 – Opened the online store on the 7th anniversary to give readers a way to obtain commemorations of modern-day evidence from the true Son of God, Jesus Christ.

2020, October 30 – This website proposed the first revision in 1,639 years to Christianity's Nicene Creed prayer, for the purpose of adding each name of God's 7 Spirits to the part of the prayer that describes the Holy Spirit because it is formed by the 7 Spirits of God.

Summary of 2013 - 2020 – 7 years of collecting evidence have finally led to a discovery of answers for the two main questions that had driven me relentlessly ever since witnessing the miracle-vision of 2013. Those two main questions were (1) Why me? and (2) What did I see? With this 7 year investigation now complete, I am sharing the answers, and the timeline of discovery, for all to see on ThereYouAreJesus. In addition, I am proposing we add one of these two answers to Christianity's Nicene Creed prayer so that all who read this prayer will benefit. The answer I am proposing we add is to the question "What did I see?" with the answer being "The Seven Spirits of God." We should add each name of God's 7 Spirits to the part of the prayer that describes the Holy Spirit, because the Holy Spirit is formed by the 7 Spirits of God. This proposal is the first amendment to the Nicene Creed in 1,639 years. Directly below are two versions of this prayer side by side. Left side is the current version and on the right is my proposed version with yellow highlights to identify the amendments. Enlarge by clicking.

Modern Day Evidence of Jesus Christ is presented by Chronology (below) and by Category (homepage/center).

Soon you can Shop TYAJesus for designs born from modern day evidence of Jesus Christ, as published on ThereYouAreJesus. Phase one of the store opens in September 2020 with a variety of products. In the meantime, you can see the source of these products, which is modern day evidence of Jesus Christ, published on ThereYouAreJesus.com

September 29th, 2020 will be the 7th Anniversary of God’s Seven Spirits appearing in high definition color during a prayer in 2013. That event was the genesis of a covenant between Jesus and me which has changed my life for the better and is now flourishing on this website, ThereYouAreJesus.

On a separate but related topic, it’s interesting to learn that the Design company we chose to help create our ecommerce store – is also celebrating their 7th year in 2020. I did not know this until today, the day of writing this post which is July 23, 2020, and I chose them as our design partner months ago.

When I began today’s post it was simply to give an update on the progress opening the store in time for our 7th anniversary. While writing, I was checking facts on both our store’s site and also our store-designer’s site, which is when I discovered this is their 7th year, too. A coincidence involving the number 7, which therefore qualifies for the category of modern day evidence titled Numbers.

Coincidences are pretty amazing in terms of relevance and timing, wouldn’t you say?

It also corroborates my belief that coincidences are part of the language of prayer between heaven and earth.

while giving us more evidence to work with which leads us in the direction that Jesus wants us to follow.

23 Then he said to them all: “Whoever wants to be my disciple must deny themselves and take up their cross daily and follow me.   Luke 9:34 of the Bible

Below, is a copy of the actual post on Printful’s website where I learned about their 7th year. 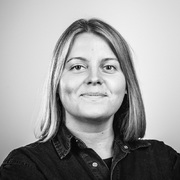 Can you believe we were a 6-person team back in 2013? Now our family consists of more than 1,000 people across the world.

We’ve been printing, developing, blogging, and doing everything we can to support you! And let us tell you—it’s been a pleasure to have you here. Thank you for being with us, and here’s to many more years of printing!

As a result of some profound realizations involving the number 7 that were published in a recent post dated April 2020, titled 7 Months, 7 Years, 7 Spirits, and the Seal of God, we decided to begin tracking the phenomenon of the number 7 in our own modern day research of God Almighty: Father, Son & Holy Spirit.

And now 3 months later in July, a simple store-update finds another coincidence involving the number 7, that occurs with all of the casual timing and relevance as a conversation with a good friend.

The following is an excerpt from that April post that pertains to the number 7. It begins with a comparison of images that is narrated by text highlighted in red. That red-text will walk you through the comparison, which is then-followed by a summary analysis.

As if explaining the visual miracle that began this website years ago was not enough of an answer to my prayer, the timing of his explanation makes a statement as well.

7 months, 7 years, and 7 Spirits of God – all coinciding during February of 2020 – forming a Trinity of Sevens which is described in numerology as the Seal of God.

According to the American publication, the Orthodox Study Bible, 777 represents the threefold perfection of the Trinity. The number 777, as triple 7, can be contrasted against triple 6, for the number of the Beast as 666.

Here is how the Trinity of 7’s coincided … 7 months before the 7th anniversary of the visual miracle that generated this website, I stumble upon the 7 Spirits of God.

But it goes deeper …

Subsequent research into the 7 Spirits of God … finds an online illustration that perfectly explains the visual miracle that generated this website … and all of this occurred within one month of my prayer to Jesus, asking for new and convincing evidence to help everyone realize how deeply involved Jesus is with all evidence published on this website, ThereYouAreJesus.

This brings us full-circle to what is written in the Bible’s Book of John 14:13-14 … in which Jesus said, 13 And I will do whatever you ask in my name, so that the Father may be glorified in the Son. 14 You may ask me for anything in my name, and I will do it.

As is the case with so much of the evidence on ThereYouAreJesus, it helps to have independent and corroborating witnesses. For this particular timeline, I have two different people who witnessed the surprise of these realizations with me, and they have never met each other.

It really is amazing how many roles the number 7 plays in Christianity.

As the 7th anniversary of ThereYouAreJesus approaches and considering everything Jesus is revealing, we have added the 7 Series to our collection in addition to the 11/12 Series, and both can be found in the category of evidence titled Numbers, right here on ThereYouAreJesus.

Praise for the Seven Spirits of God. Hosanna in the highest.

Learn the Identity and Function of each of the Seven Spirits of God, including how they line up with the Colors in a Rainbow.

Crucifix is a cross with Jesus on it, emphasizing the death Jesus suffered for our sins to reconcile us to God.

a Cross without Jesus, emphasizes his finished work on earth and that he now lives and reigns in heaven.

Thank you for taking time to read this and I pray for God to place his Seal of eternal love and protection on you and your loved ones, amen.  Own a Prayer Bracelet

John@ThereYouAreJesus.com  I would love to hear from you

ThereYouAreJesus™ and TYAJesus™ are two individual websites that are linked to each other. One is a blog and the other is a store. The blog is ThereYouAreJesus and the store is TYAJesus. ThereYouAreJesus was born in September of 2013 and began publishing in November of 2014. TYAJesus opened on the blog's 7th birthday, September 29, 2020. The blog publishes modern-day evidence of Jesus Christ interacting with fellow humans in our lifetime and the store provides products that commemorate the evidence published on the blog. Our store has a lot of catching up to do, because evidence compiling on the blog is vast and varied, including eyewitness testimonies of conscious-life after human-death with vision, memory, emotion and hearing.